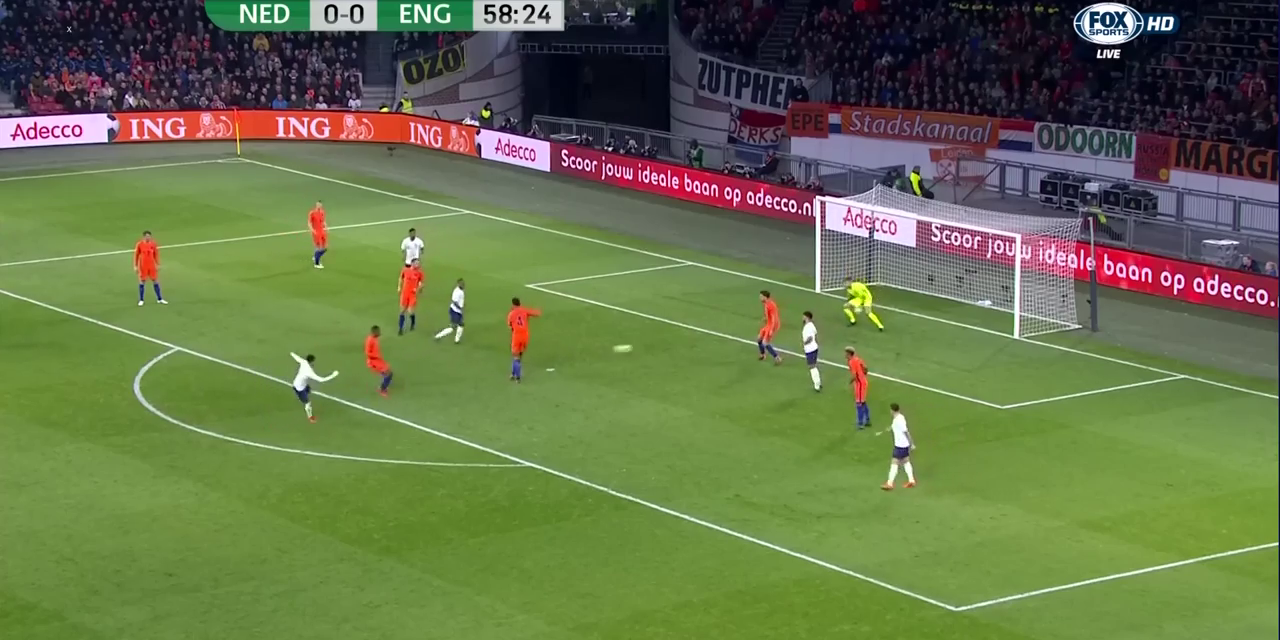 Analysis of England’s winning goal against the Netherlands

A new erea for Dutch football has begun. With Ronald Koeman as the new coach of the national team, the Netherlands was hoping for a promising start to his tenure. Instead, Oranje lost 0-1 to England  in a rather boring game. Even though Koeman’s approach to the game seemed more realistic than the work of his predecessors, most aspects of the game had a lot of parallels with games under Dick Advocaat, Guus Hiddink and Danny Blind. A lack of depth and movement without the ball, leading to being forced to the sides and playing in the U-shape that has become somewhat characteristic of Dutch football. Defending seemed to go a bit better in the 5-2-3 shape that Koeman conceived for this game, although there were still some issues that arose in the build-up to Jesse Lingard’s game winning goal.

By opting for the 5-2-3 that turned into a 3-4-3 in possession instead of the usual Dutch formation 4-3-3, Koeman showed a realistic approach given the players he has at his disposal. It suited some players very well, while other players had to get used to the different formation. This was evident in the sequence that led to England’s goal.

Memphis recovers possession in the own half, sees Bas Dost making a run and launches the ball downfield. Kevin Strootman was also running forward for the possible counterattack. However, Memphis’ pass was poor and goalkeeper Jordan Pickford can collect it outside his penalty area. Dost and Strootman decide to press him. 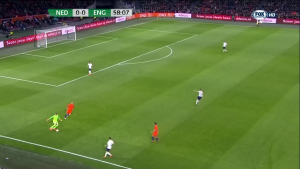 In this new 5-2-3 system, a high press is possible, but like with all high presses: it needs to be done collectively, with the whole team. In this example it’s a simple 3v2 that England easily play out with a pass to John Stones in the middle. 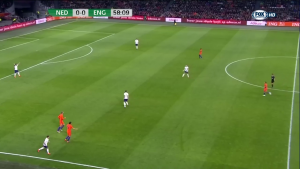 Strootman raises his arms in disbelief that no one has moved up the pitch to put pressure on the Englishmen. Meanwhile, Memphis reluctantly reduces the space for Jordan Henderson, while he should be covering the space that Strootman left when he went for the counterattack. With a two-man midfield, there should always be zonal coverage in the central area. Now that area is exposed. 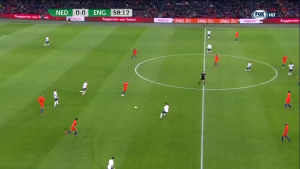 In that space, Alex Oxlade-Chamberlain comes to collect the ball. There is no one around him, so he can turn around uncontested. Meanwhile on the other side, Hans Hateboer is positioned very wide, and should swing inside, to get closer to Matthijs de Ligt.

Alex Oxlade-Chamberlain has made a 20 yard dribble and is still uncontested. It has turned into a 6v6 situation. Jesse Lingard is making a run between Hateboer and De Ligt. This could have been avoided in two ways. First, if Hateboer would have been closer to De Ligt, something that was obvious four seconds earlier, there wouldn’t have been space to run in to. Also, Georginio Wijnaldum has only been watching the ball, and has not looked behind him. He doesn’t know that Lingard is behind him and therefore does not cut out the passing line. Oxlade-Chamberlain gives the ball the Lingard. 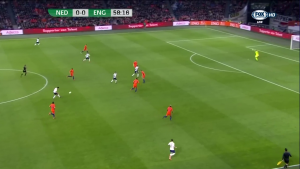 Two seconds later, Hateboer is putting pressure on Lingard, but Danny Rose has the whole flank to himself after completing an overlap. Hateboer did not know Rose was behind him because he was not in the right position beforehand. He had to track back facing his own goal and therefore his body orientation was wrong and he did not see the flank. If the defense had been organized well, it should have been De Ligt who should have stepped out to reduce the space for Lingard. Now, Rose has a lot of time to get a good cross in. 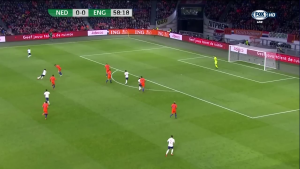 This is again two seconds later, and there is still no one within five meters of Danny Rose. De Ligt is stepping out to get in the cross line to maybe block the cross. Hateboer should sprint into the space that De Ligt just left to create numerical superiority in the box. However, he is walking in no man’s land and only ball-watching. Wijnaldum is also ball-watching and doesn’t notice Lingard taking up a more central position. 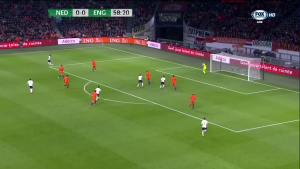 The cross is given, and there is numerical equality in front of the goal. Wijnaldum is still watching the ball, and is still not aware of Lingard behind him. The cross will eventually get deflected right into Lingard’s path. 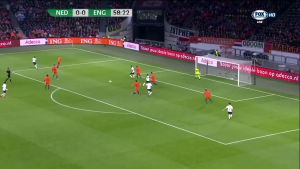 So Lingard has a free shot at the edge of the box. Wijnaldum is too late to block, and Van Dijk turns his body, essentially becoming a smaller obstacle to possibly block the ball. It’s an instinctive reaction, but as the most expensive defender in the world he should do everything in his power to block the ball. 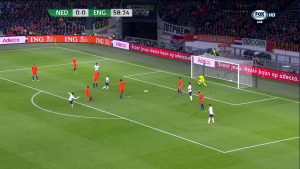 It may turn out that this formation is one that the Netherlands will thrive in, but right now the players still have to get used to their new roles and tasks, as illustrated by this example. We hope the technical staff of the national team will use individual video analysis to educate the players in their new roles. This will, in time, help them become aware of their actions and the consequences of those actions. With a coach who has a vision for this team and who uses all the resources at his disposal to achieve this vision, the Dutch national team might get some of its old glory back.