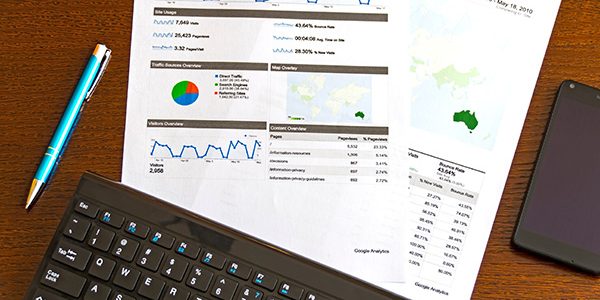 Can video-analysis be replaced by Big Data?

Data plays an increasingly big role in football. It used to be just statistics, but now as much as possible is measured and analyzed. Training load is monitored using GPS-systems, and enormous databases of players can be searched for scouting purposes. Moreover, the location of players on the pitch can accurately be tracked multiple times per second. If we have all this data, do we still have to look at video to make a tactical analysis or can we run a computer program to do it for us?

With multiple cameras around the pitch, the location of every player can be tracked. In theory, the tracking data of all 22 players on the pitch gives us more information than TV-images. When a team is attacking, the defenders are usually not on the screen and vice versa. Or when there is a replay or a close-up image, you might miss something important. If the tracking data is good, that won’t happen. It’s kind of like a tactics board, only the magnets are moving. You know the location of every player at all times.

Say you have tracking data of a lot of matches and the corresponding fundamentals for players of each position. For example, the backdoor for wingers. Theoretically, if you have enough of these situations, you could write a machine learning program that learns to recognize this situation and extract it from the video footage automatically. Do this for all fundamentals of all playing positions, and you wouldn’t have to look at a game anymore to make our individual tactical analyses, right?

So why are we still looking at video? Well, for startes, we don’t have access to that kind of data yet. Clubs that do have it, tend to keep it private because they don’t want other clubs to have an edge over them. But even if we would have it, we would still use video. Sure, it’s time-consuming, probably not 100% efficient and you might still miss some things, but it gives you a feeling about the match that running a computer program never could. Especially in the one-on-one sessions with players, we often also talk about parts of the match that had nothing to do with him. “Did you see that shot from my teammate? How could he have missed that?!” “Erm, no, it didn’t show up in our data…”

This problem might be solvable by developing other programs and algorithms that detect critical events or analyze the rest of the game (which would make it less efficient), but even then there are some other issues. For example, one thing we look for in video is whether a player scans his surroundings adequately. Does he make regular headchecks? Studies have shown that more frequent visual exploratory behavior (regular headchecks) is related to higher pass completion and more passes forward. It is also one of the things that generally separates good players from top-class players. The way the player’s body is oriented is also important and very situation-dependent. Are they turned towards the ball or their opponent? These small but important movements are hard to recognize for the cameras, and they don’t show up in the tracking data.

So even if we could extract all the relevant parts of a game with the click of a button, we would still have to check all those clips for the finer aspects of individual tactics, such as visual exploratory behavior and body orientation. These subtle differences are very hard to pick up in the data, at least for now! Data is very useful for almost every aspect in football and can be used complementary to video footage, but for individual tactical analyses of the highest quality, video is essential.

What do you think? Feedback is always welcome!