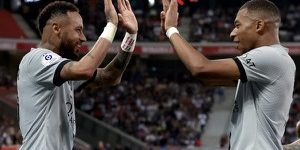 In my opinion, the qualities of a football player consist of four pillars. Each of these needs to be developed and constantly trained. The four pillars I talk about are physical, technical, mental, and tactical. But I don’t think all of them are evenly important. I might be biased, because I, myself work in the tactical space. But I think the other pillars get way too much credit and there’s way too less focus on individual tactics. But let’s go through the pillars and my opinion about this.

A player should have the physical capabilities to play football at a high level and be able to handle the physical demand of the game. You have the freak-of-nature players who are naturally strong and fast and you have self-made players who trained themselves (most with help of personal trainers) to world-class athletes. Physical progression can be achieved quite fast. You can see the results directly in the form of more muscle or more capacity in games. This is why players focus a lot on physical when they say they want to get better, and also why you see a big physical staff in clubs in recent years, to develop the players physically. It’s also an easy thing to do because the results are easy to see with the eye and are often praised in media and/or by experts, that’s why there are so many external physical trainers. And rightfully so a professional football player should be in top shape. But in my eyes, it’s only one of the four pillars you need to be a good player. Think about this, there are a lot of good players that are not physical monsters and a lot of physical monsters that are not good players.

The most technical players are the most popular players, and maybe even considered the best ones. Technical skills are decisive and are always in the spotlight because the camera is always on the ball. So naturally, this pillar is really important for a football player and something every club has focus on. A lot of players also focus on this when training with an external trainer. The ability to handle the ball in modern football is important, the game is so fast and played in small spaces, so every touch should be good and every pass should be right. You might only get one chance as an attacker and then your touch and shot have to be good. But this also directly shows the limit of this pillar, yes you should have a good technical skill set to execute at the right moments, but in a match the total time you have the ball is circa 2 minutes. So 88 out of 90 minutes you’re running without the ball and not using these technical skills.

This is an area that has gotten more and more attention in the last few years. Your brain has to be in top shape to handle the outside pressure and the competition you’re in every day with the next player who’s ready to take your job. It’s also important to be in mentally good shape to make the right decisions and to execute these with confidence. This is difficult to see results with the eye, we all see if a player plays good and this often gets credited to confidence and good form. But how does a player get there, was it through the help of a mental coach? That’s possible, but I don’t exclude the possibility that it was achieved because a player got better in one of the other pillars and regained confidence because of that. Better physically, better technical skills or better knowing what to do tactically. There are quite a lot of external mental coaches as well, and some teams even hire a mental coach or psychologist for their players. Which I think is good, a club should always try to maximize the players’ potential, and if this is what they think will help, then it’s a good decision.

The last pillar is the pillar where I mainly operate, I will later explain why the tactical pillar has overlap with all the others. But the tactical pillar is important because every player has to know what to do in which game situations. This is something that every coach has focus on in a club. Some more than others but every coach has focus on the tactical side of the game to some degree. Most coaches focus on team tactics and only a few focus on individual tactics. As you know I focus on individual tactics, and I’m one of the few. I think most players/people/clubs expect that this happens at the club itself. So therefore there are not so many external individual tactical coaches. I think this is because of the following reason.

As we’ve seen in the technical pillar a player on average only has the ball for 2 minutes. This means the other 88 minutes he’s running and positioning himself. We can say that all this running is tactical, reading the game and making decisions, about when and where to go. And this goes for 11 players at the same time. What we do at Tactalyse is get video clips of every individual tactical action on the pitch, which is called a fundamental. This comes down to circa 400 clips a match. If a head coach and assistant have to do this for 11 players on top of preparing for training, next matches, and team tactics, it will all be too much. That’s why I started Tactalyse, coaches at clubs don’t have the time to focus on individual tactics for every player, but it’s one of the most important aspects of football. Most actions on the pitch are tactical. But the problem is, that it’s not sexy to talk the tactical stuff, about preventing an attack by positioning yourself 3 meters more left or right, or it might not even get noticed that an attacker makes a perfectly timed run to put himself in a scoring position, but the ball doesn’t come there.

But I will make the case that this is the most important thing for a modern-day footballer to develop, and it will only get more and more important. The tactical pillar overlaps with every other pillar. The physical player for example, if a player knows what to do and reads the game and therefore makes decisions faster either doesn’t need to correct it with speed (which he might not have) or because he’s fast he can take advantage of this even better and more often.

The technical pillar has overlap because by being tactically strong you know better as a player when to use these technical skills. By positioning yourself in a good way before you get the ball and having the right perception of the situation you’re less likely to make a technical error because you have control over the situation and can therefore technically execute in the right way. I will even go as far as, that 99% of football players that come out of the youth academies have sufficient technical abilities to play at the top level. But only 5% have sufficient tactical abilities to play at the top level. So most technical errors are made because of tactically not being right.

So in my opinion the tactical pillar is the most important one, it will help with all the other pillars.

I’m biased of course because it’s my working field. What do you think, which pillar is most important and why?