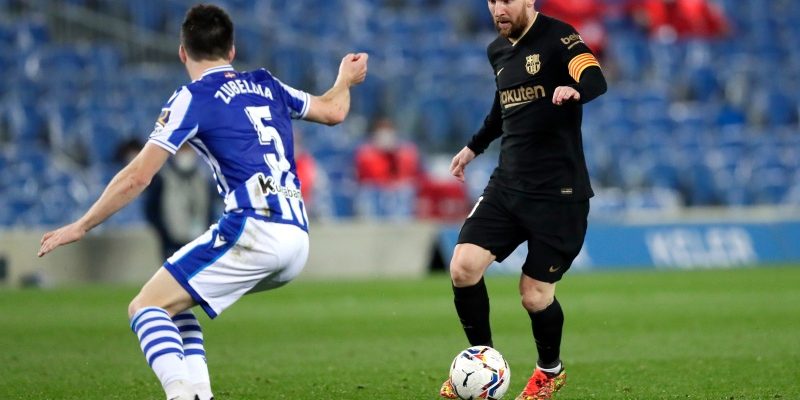 In this article, I will explain how to be unpredictable, which in basketball is called a triple threat. The main rule is that if you’re in an area on the pitch where you can shoot on the basket, you have to be in a triple threat. This means that you have the possibility to either shoot, pass or dribble. This concept became standard practice in basketball because this makes it way harder to defend someone. If someone is able to shoot, pass or dribble, the defender has to defend differently than when a player is only able to do one of those three things.

Let me elaborate more. At Tactalyse all our fundamentals have at least two aims. Because this makes the player versatile, if a player can only do one thing in a situation it’s much easier to play against. For example, we teach all our attackers to position themselves in such way that they can get the ball in the feet but also start in behind the defensive line (double threat)

So before receiving the ball you want to be a double threat or triple threat. Because otherwise the opponent will just wait for you and lock you in. Some players/teams do this a lot and trap you. Coaches often describe these as pressing triggers.

After positioning yourself as a double or triple threat and actually receiving the ball you have to continue this into the next fundamental and be a double or triple threat with the ball. You want to do this because you want to make progressive actions like passes (breaking lines), dribbles or shots on goal. In this way, you will be undefendable, because you always have several possibilities to execute.

As a player, you never want to find yourself in a situation where you can only defend one possibility of the attacker. You want to defend all the possibilities of an attacker, the possibilities are making progressive passes, dribbles, runs and/or shooting on the goal. So as a defender you always want to make sure you can defend these options.

So to be unpredictable on the football pitch you have to always be able to execute at least two different possibilities. At Tactalyse we teach our players the right behaviors with and without the ball to be this unpredictable.

So the players should always make sure that they’re not locked with one solution in a game situation. They should always be able to have several options.