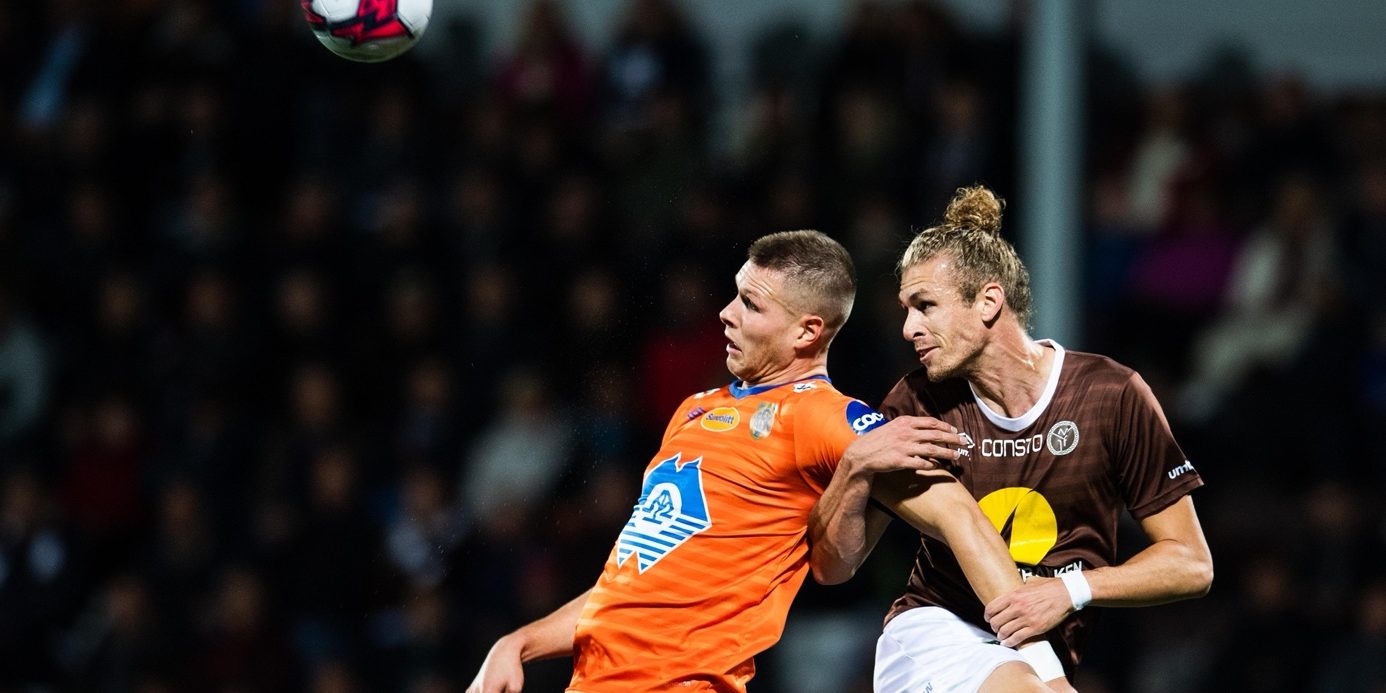 This changed my football career – Guest blog by Quint Jansen

Watching my games is the thing that has helped me improve the most as a football player. Without watching back my games I wouldn’t have had a professional career. But why has this been so important for me? And what do I look for when I watch myself?

It all started 10-12 years ago when my coach at my former club in the Netherlands decided to film some games, he simply put a camera in the stands and filmed the game. After the game, I immediately asked for it, I was curious and confident! I was a good player right!?

I WAS SHOCKED, this was so slow and bad. From then on I knew I had to do more to get better. Soon after I moved to Norway where I started on the highest amateur level. My work rate and game intensity went up, here we filmed every match, so I watched back every game. I still wasn’t quite sure what to look for, so I just watched myself and the team.

After half a season I moved to a semi-professional team, we started playing in some stadiums and the footage was getting better. I now watched every league game and started focusing on myself, pausing the video, looking for improvements, analyzing specific game situations, and why things would go wrong. Sometimes I would even watch a game two times. I started discussing with the trainer, asking questions, talked with teammates about situations. I made big steps in the two years I’ve played there, I credit this to training consistently and focusing on the things I wanted to improve, watching myself in games was a big part of this, because I would have direct visual feedback on what was going well and what was going wrong.

After two years on a semi-professional level, I made a transfer to an ambitious second-tier team in Norway, their goal was to promote to the highest level. An amazing step in my career, which I got because of improving every day at training and in matches and because of watching every match I played. Here I continued watching every game and because the club was ambitious and more professional we also did some video analysis with the team and the coaches. I kept making progress, I was getting smarter and smarter in watching my games and also watched other players on TV and copied what they did to my game or compared it. I watched a lot of Italian defenders, and how they work in a defensive line when they push up. I watched how the center-backs played out from the back and started trying out different things here.

In the second year, we were promoted to the highest league in Norway. Until then I’ve watched back every single game I played in the last 5 years. I think in total I’ve watched around 150 matches of myself. This helped me improve enormously over the span of 5 years. One thing that was difficult though was focusing on myself, when I watch a match I quickly start watching others as well, and what they could have done better. My tip when watching your games is to only focus on yourself, you can’t control and never will control what others do, you just have to deal with how it is and make the best out of it.

I was confident and ready to start at the highest level in Norway. I climbed up the football pyramid in 4,5 years. From 4th level to 3rd level (two years), to 2nd level (2 years), to now the first level in Norway (Eliteserien). What a journey, at the age of 28 I made my debut in the highest professional football league in Norway. It was also around this time I got a message from Tactalyse (at that time called Your Tactical Analyst). I’ve already heard about them through an article they had done online about video analysis for Stefan de Vrij. I was curious, they were talking about details and game situations that I hadn’t seen before. So we agreed to do a trial session. The trial sessions were a bit weird because I was in my off-season and the games we talked about were played 6 weeks ago. They weren’t fresh in my mind anymore. I was also confident, I had had a good season and felt that I knew quite a bit about football (Yes, I’m 100% guilty of the Dunning Krueger effect). So after the trial session, I was a bit sceptical, but in hindsight, this was mostly because of my cockiness and ego. But I decided to give it a go.

I started working together with Tactalyse, I would now watch every game myself the day after a match. Then later in the week, I would have an online video session with my Tactalyse coach. At Tactalyse they have a whole different process of watching players. Where I would watch the whole game and pause at game situations, rewind it and analyze what I did and what my options were. Tactalyse cuts out small clips of so-called fundamentals. A fundamental is a specific game situation that happens in a match. Tactalyase has 190 different fundamentals, most of them are quite clear, like an aerial duel, but some fundamentals go under the radar, but are immensely important, remember the thing I wrote about watching Italian defenders and how they would work in a defensive line and push up? Tactalyse has a fundamental for this, it’s called ‘swinging’, you either swing forward, you swing backwards or you swing sideways. I came quite far in my exploration journey of video analysis, but the details and execution Tactalyse talks about with this so-called swinging, were a couple of levels above my thinking level. For each fundamental, they had a perfect way of executing and several details to focus on in the process of perfect execution.

I realized I didn’t know so much after football, after all, I started seeing all the things I did wrong, and I became even more self-conscious about my games and what to watch. But most all the things we’re discussing in the video sessions worked! They were difficult, and some didn’t come naturally to me and took a long time to learn. But I knew deep inside that this was the right path, if I wanted to take the next step in my career, I had to improve even more, and at my age at the time (28), I knew I wasn’t going to transform physically in a speed monster, or technically in a magician, so I had to improve the only thing that you can improve when you’re not the most talented player of them all, my brain. The only way that I could become even better, was by being smart and reading the game better than anyone else. Luckily for me, I’ve always been good at learning, and that’s probably also one of the reasons why this felt so natural for me to do.

But in the two years on the highest level, I was having excellent games and having shit games, the learning process wasn’t linear, it went with ups and downs, I would learn so many new things and was maybe at times overthinking stuff instead of playing on automatisms. After two years on the highest level I changed clubs, I went to the second tier again and signed a one-year deal with the biggest club in the league to help them to promotion, which we achieved. I kept working consistently on the things I saw on the video with Tactalyse because I knew it was the right thing to do. The only way to become a better football player for me was to become smarter and become tactically better as a player. So I kept grinding through it, and bit by bit the puzzle pieces fell into place. I started mastering the fundamentals that I worked on with my Tactalyse coaches. It resulted in me earning a transfer to the highest tier in Norwegian football again, signing a two-year deal. I can honestly say that without video analysis I wouldn’t have had this career. Watching myself on video has been the single biggest contributor to making me into the player that I am now and the beauty of it all is that I’m not done learning. With the help of Tactalyse, a whole new world of thinking and tactical skills opened up for me. I’ve now done around 75 sessions with Tactalyse and I’m far from finished learning. So for me watching myself and my games is something that I will continue to do for the rest of my career to develop myself tactically and maximize the results of my career.

TL:DR: If you’re a football player, watch your games.