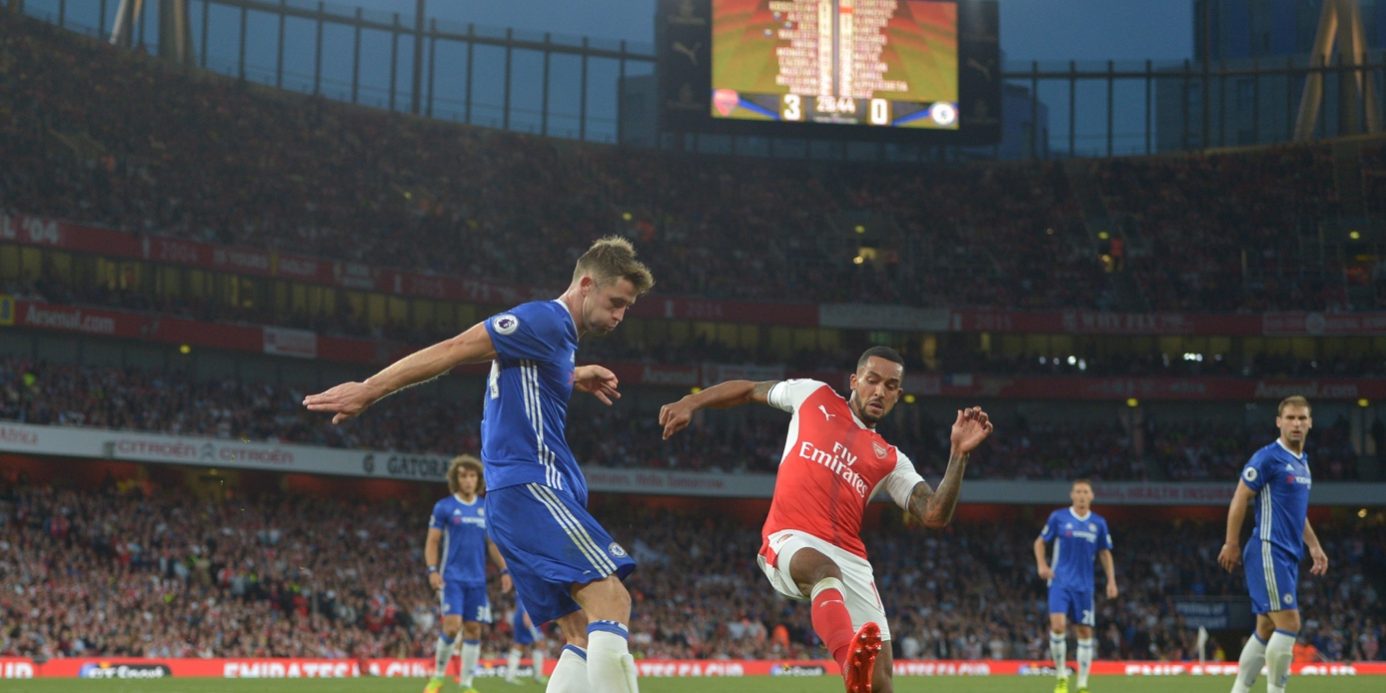 This is how you beat every press

Pressing in football has become an important part of the game. You have teams pressing high and you have teams defending in a low block. There is no one best solution for pressing. But a lot of teams have strategies on how to press.

As a player, this can be difficult to handle if you don’t know what to do. You get the ball and all of a sudden you get pressed hard and don’t see a solution. You can lose the ball and the opponent scores. To make sure this never happens you should have an answer on every press.

Having an answer on every press starts with identifying how an opponent presses. Use the first minutes of a game to see how the opponent presses. Of course, you have video analysis before a match where the coaches go through the pressing strategy of a team. This can be useful but always be prepared that the opponent will do something else.

After identifying how the opponent presses, you start to adjust your position, you always want to be able to make progressive actions (read this blog post about double threat). This is essential for beating every press, if you’re not able to make progressive actions, you never beat the press, you will get pushed back more and more and eventually will not have any options left. The way to do this is to spend less time watching the ball and more time watching the opponent. Then you adjust your position to the opponent. If you notice that spaces are elsewhere you try to influence your teammates in such a way that they take advantage of the spaces that the opponents give in their pressing.

Let’s go through some examples of how to beat the press. We will give two examples of an opponent that presses high.

The first example of a team who presses high with one striker and their wingers. In this example it’s often the striker who presses the central defender with the ball and the contra side winger will try to press the open central defender. So how to beat this kind of press? Again the players must understand the concept of progressive actions, the first progressive action here is beating the first line of press which are the striker and one of the wingers, after this, you go to the second line of press. Of course, if you can beat more lines of press with one pass you do it, but it’s rare, but also to beat several lines of press players need to take the optimal position to receive the ball. 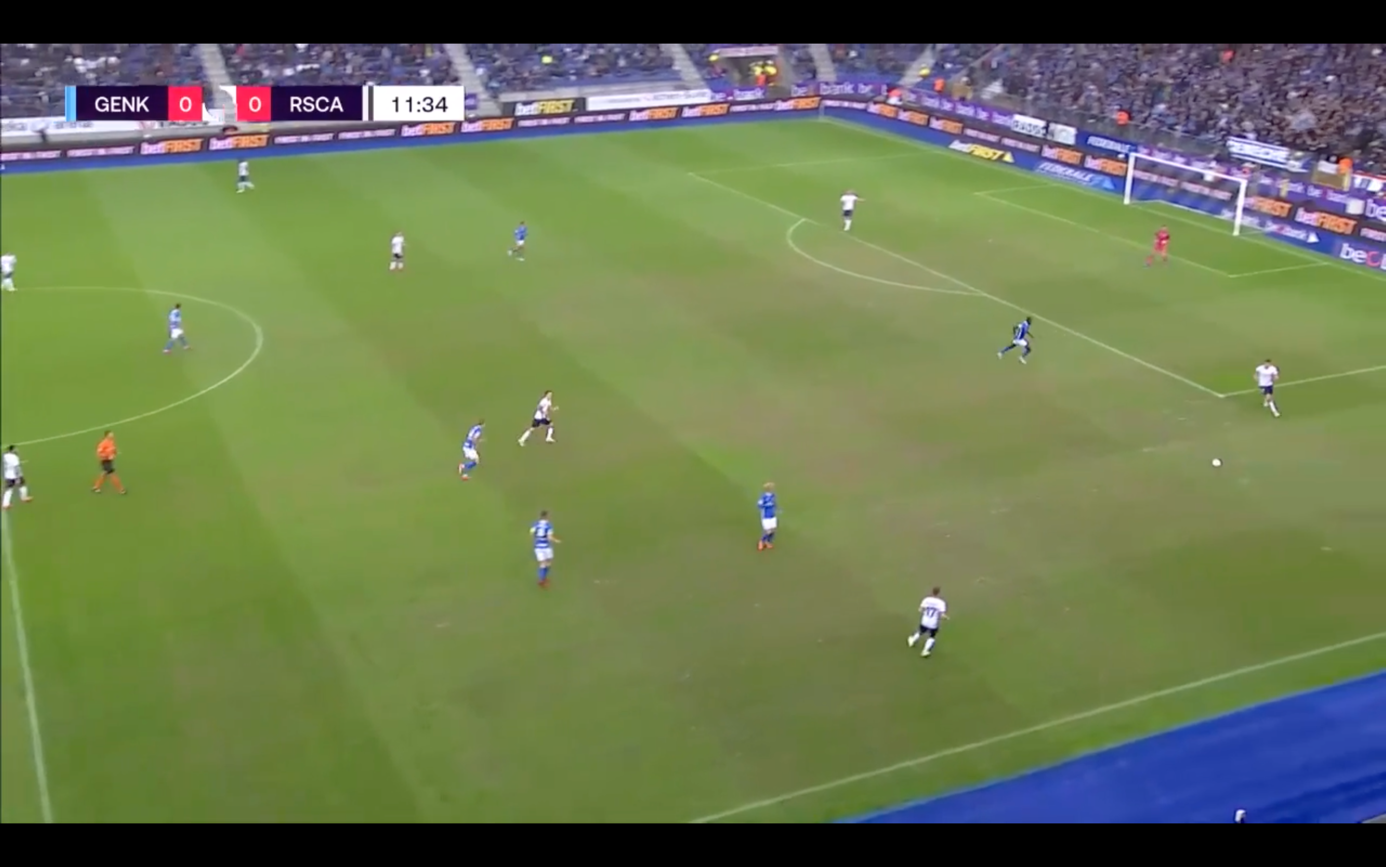 In this example the left CB has the ball, the striker starts pressing him. The CB now has several options to make a progressive action, 1. He dribbles passed him, 2. He passes straight into midfield, 3. He passes to the other CB who is free and then can progress 4. He plays to the deep midfielder who then plays to the other free CB who can progress. The last option is to play to the keeper, who can then make a progressive option.

Please let me know in the comments what you think is the best position for the CB who receives the ball?

For all four options, the players have to take the optimal positions. Option 1, the CB receives the ball and identifies that the space is in front and that he can beat the press with a dribble. Option 2 the CB receives the ball and can pass straight into the midfield to a free player. 3. Understanding that the space is elsewhere to make a progressive action, so the left CB has to play to the other CB. Important here is that the other CB has to do a head check to see where the contra winger is and adjust his position accordingly. If the contra winger is pressing hard, the CB has to come more inside and maybe even drop down a little bit, so either the winger gives up the press, or if he proceeds he creates space for the full-back. If the contra winger is not pressing hard, the CB can take up the optimal position to receive the ball and make a progressive action. Option 4 the striker closes the angle to the other CB, but the space is still there, so you pass to the deep midfielder who then passes it to the other CB.

The second example of a team who presses with two strikers. If a team presses with two strikers, then both CBs will probably be locked. This can be solved in several ways, if it’s a real high press, around the own box, you have to use the keeper and create superiority with the keeper, then if the opponent presses the goalkeeper, the space will be behind the opponent who’s pressing. So a CB needs to recognize it and take in the optimal position within this space. Then the keeper has to be brave enough to either play him directly in this space (if the angle is there), and if not the keeper has to play a meeting player from midfield who passes the ball to the free CB. The keeper can also play a long ball behind the press. 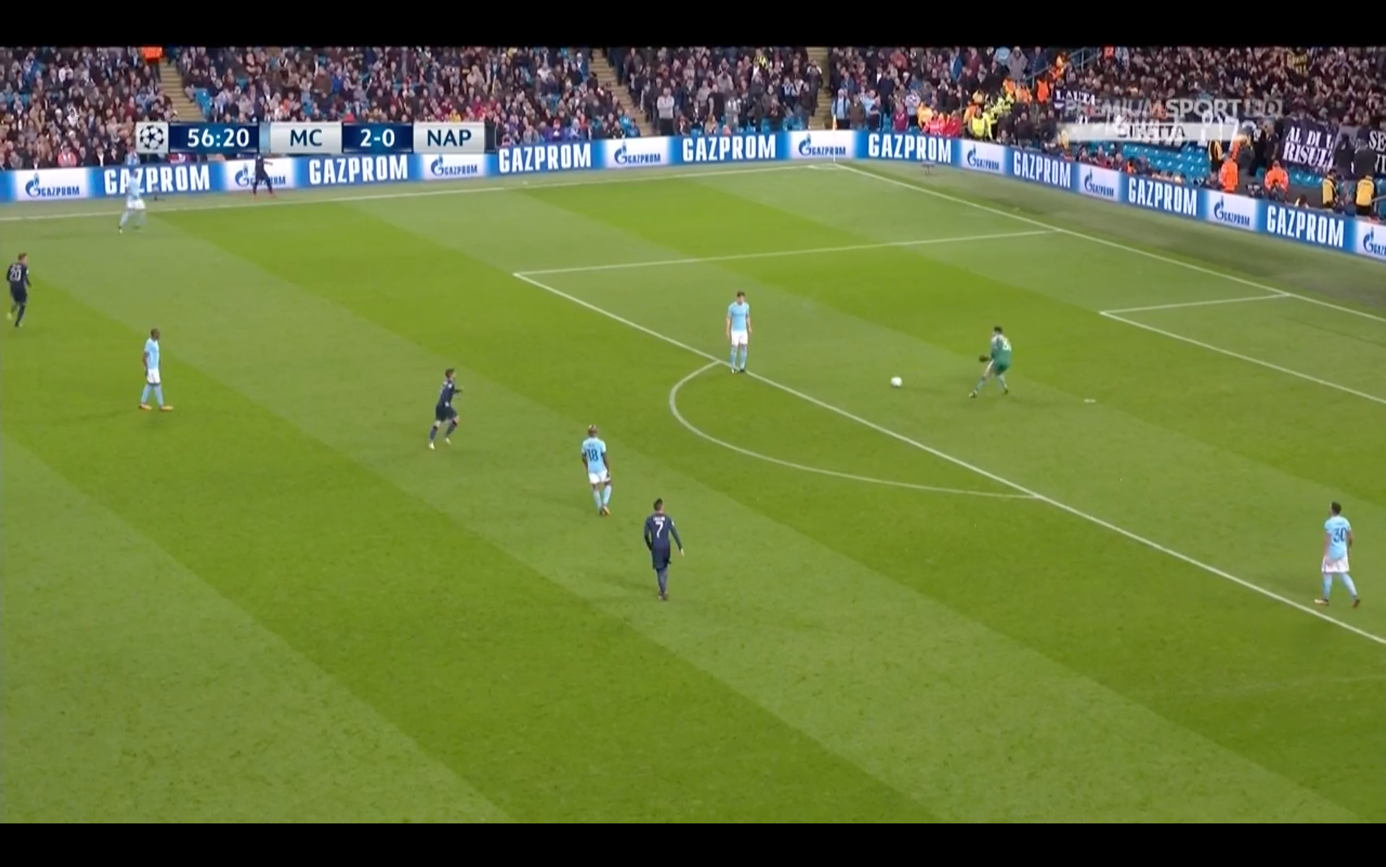 If it’s from 25 meters to around midfield then a lot of teams solve this problem by dropping a midfielder for creating superiority and wider CBs or some teams use full-backs for creating superiority. When dropping a midfielder, the most important thing again is taking the optimal position to make a progressive action. This often is one of the side CBs. When using a full-back, most teams get locked on the side, because the full-backs don’t take in the optimal position to make a progressive action.

What do you think is the key to beating a high press?