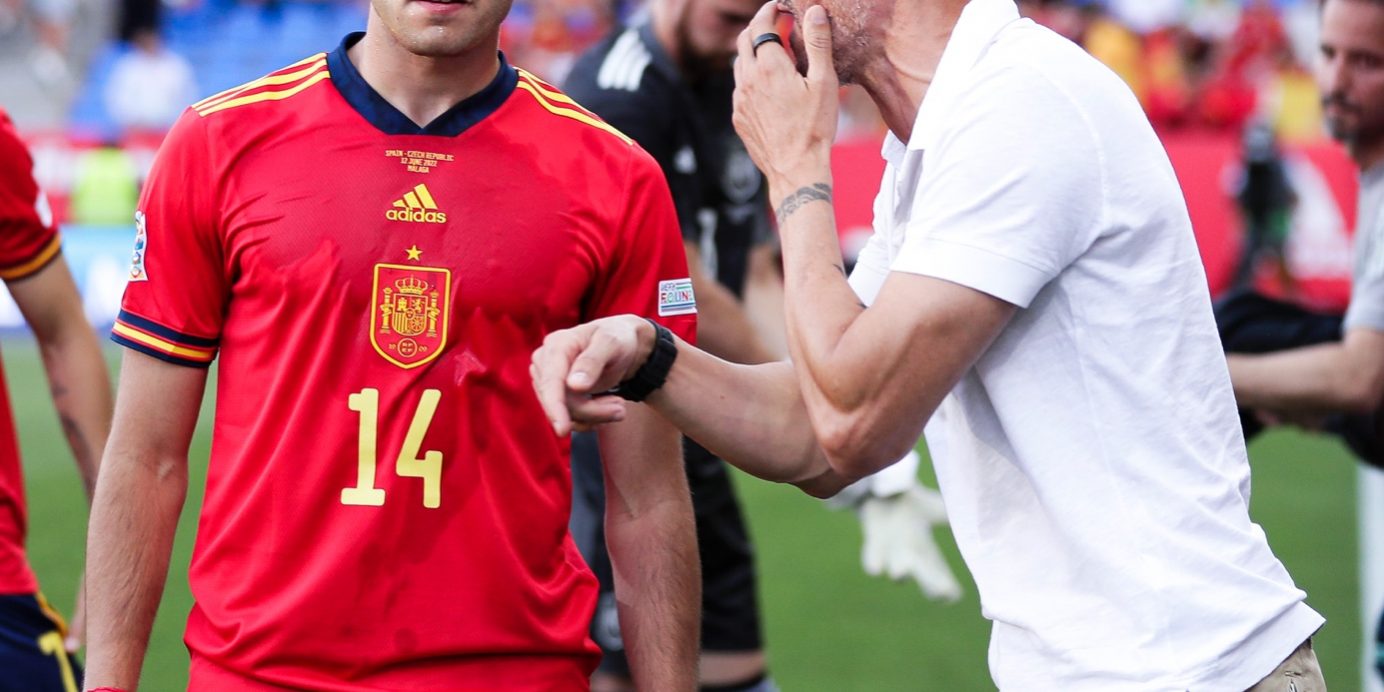 This is the newest innovation in coaching

I saw this video with Luis Enrique where he instructed his players through a walkie-talkie system. In this way, he could communicate better with his players and communicate with them individually.

What I think is that by being able to provide players with live coaching during training, they will learn certain behaviors and actions faster. Because they see and feel it immediately in the situation, in this way, it’s easier to program into the brain. This got me thinking even more about how ALL professional football clubs are training right now.

Go to the training of a professional football club and what you will see is a group of players and approximately three coaches, at the big clubs probably four or five coaches. They do exercises at training and get coached during this training by the coaches. The players get either coached individually or as a group together. So when I saw this video of Luis Enrique it got me thinking, what if we give (every) player an earpiece, and instead of feedback they get feedforward? So they get ‘live’ coaching before/during and in a situation. Very often a coach sees something that he doesn’t like or does like when it’s happening. With players wearing earpieces he could coach the player immediately and the player would hear it much clearer, than when the coach needs to shout it all over the pitch.

Another innovation clubs are using more and more is VR glasses, in this way you can train cognitive function without getting the physical load. This is very interesting because the brain can be overloaded more than the body. The only problem with these innovations is that they don’t get used consistently enough. Using this two or three times a year won’t make a difference. But consistently doing one session a week will make a huge difference over the course of a year.

Of course, the pitfall with these technologies is that coaches try to put too much information in a player’s head. A coach should be aware of how much information he tries to give a player and if it’s structured enough.

But I honestly believe that if we use these technologies in a structural and methodological way and on a consistent basis, this will make a difference for players and clubs.