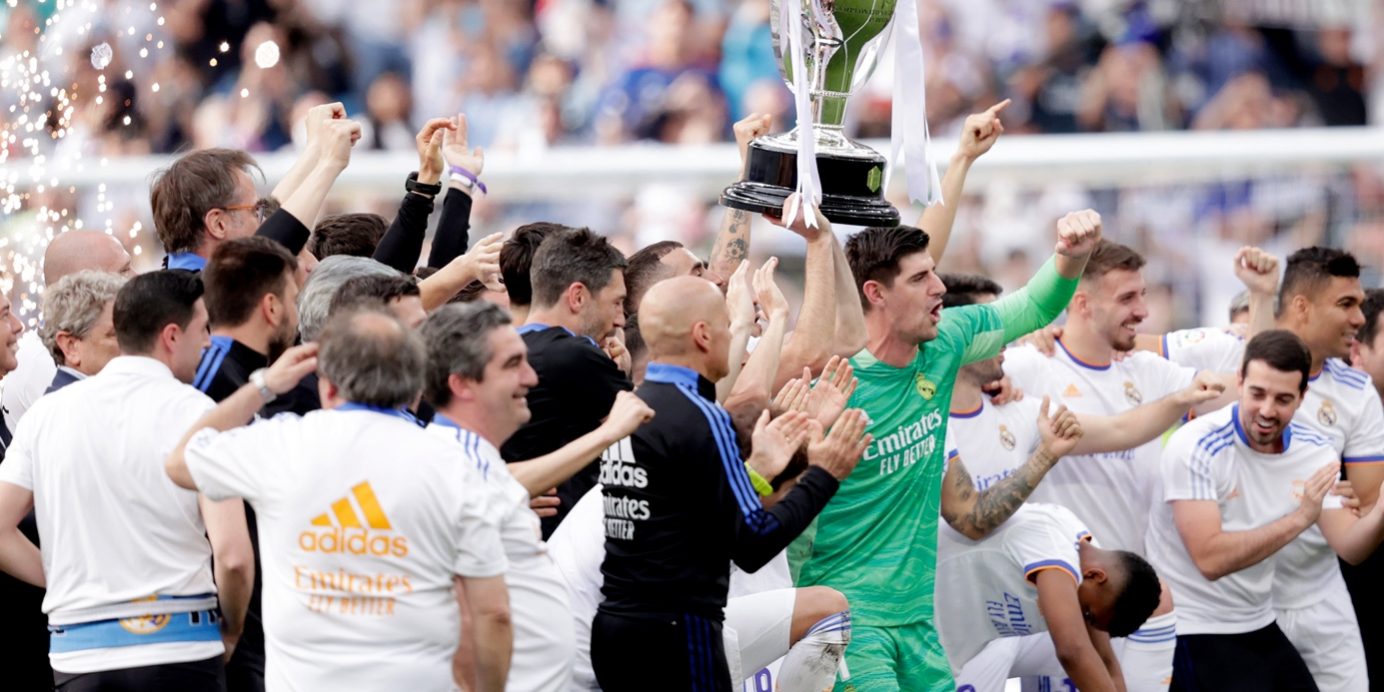 Why do coaches always say this in interviews?

You’re the owner of a club and want to win prizes, last season you finished 3rd place. What are you going to do the next season? There are a couple of things you can do, you can get better players, you can develop your existing players or you keep doing the same. All can be successful of course. Getting new players often involves money, especially if you want to get better players to sign for your team. Not every team has this kind of money, if the club doesn’t have the money they’re automatically obliged to develop existing players.

Let’s say you do have the money to buy the good players, then who are the good players for your team? You still need to scout these players and hope they fit in with the team. A lot of times this has been proven to be difficult as well. Another point is that you will never replace a whole squad. There will always be players that stay from the last year.

So it’s safe to say, that investing in the development of the players that are already in the club is one of the best things you can do.

Still, I see a lot of clubs that are not making the 100% decision to put all/most of their resources and effort into developing existing players. I see a lot of interviews in which clubs and coaches say that they have to buy new players. First of all, this does something to the players that are already there, second of all I think it’s weird of a coach to say this. Isn’t the coach there to make the team and the players better?

So if you want to develop the existing players of your team how would I structure this? As I’ve said before, I think the most important factor in football is tactical. So players should improve on tactical decisions. But don’t forget the other aspects as well, technical, physical, and mental are just as important. For this, you need a coach with a clear plan who should be all in on making players better. With a good coach, I think you would see improvements quite fast.

So in short I think clubs can be more focused on developing existing players if they want to rank higher than the previous season.

What do you think is the main factor for ranking higher than the previous season?

Players who understand this concept are usually the best players on the pitch
January 5, 2023