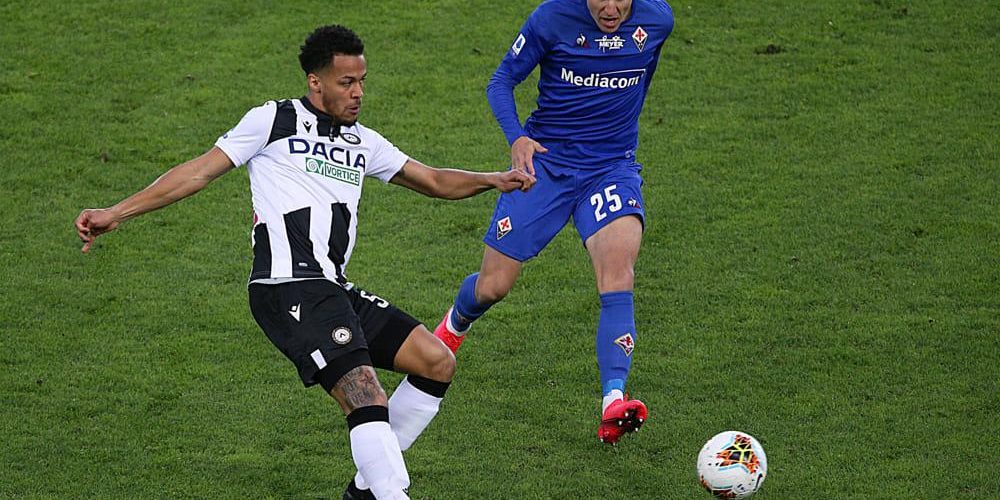 William Troost-Ekong: From Dordrecht to Udinese

Nigerian international William Troost-Ekong started his career in England by playing in the youth teams of Fulham FC and Tottenham Hotspur FC. The center-back started his senior career at FC Groningen in the Netherlands. How did this start in England and the Netherlands influence his career and his path to the national team of Nigeria? William sat down with us to tell us more about his tactical development over the years.

Strangely enough, William Troost-Ekong got his call-up for the senior national team before his call-up for the U23’s. After the first time that he was selected for Nigeria’s senior team, he was selected for the under 23 to play the summer Olympics in Rio in 2016. The playing style was not something that was really different than what he was used to. Willam said: “The switch to Nigerian football was not that new if you look into the tactical approach we had, compared to what I was used to in the Netherlands, but for me was the biggest switch from Tottenham Hotspur to FC Groningen. In England, the defending part of the game is the most important aspect that coaches look at. In training, the emphasis was not that much on the attacking aspect of football, but more on how to position yourself in defending challenges or how you deal with 1v1 situations. When I arrived in the Netherlands the approach was completely different. I struggled with the tactical choices that the trainers expected of me, even though my defending skills were not inferior compared to my competitors for the center-back position at FC Groningen. The other center-backs were more used to the Dutch-way of playing as a defender.  On the ball, they were more comfortable and in the build-up phase, they knew better which choices they needed to make. Because I was not on the same level as the other center-backs, I did not get the confidence of my coach at the time, because I was less successful in the attacking part for the team at that time.”

After playing just playing two games for FC Groningen it was necessary for William to play more games elsewhere. So in 2014, he was on loan at FC Dordrecht who played in the second league in the Netherlands. He had a great start, because they promoted to the first league, the Eredivisie, in his first year. Due to his English football background, he had an advantage in his first year in the Eredivisie. FC Dordrecht played with a more defensive style that suited him way better than the more attacking style at FC Groningen. “In every step I made after my time at FC Dordrecht, to Norway (Haugesund), Belgium (KAA Gent) and Turkey (Bursaspor), I was able to develop my tactical skills. That way I made the growth I needed at my own pace.”

For example, the level at Haugesund was higher than at Dordrecht. There was more space to build up as a defender, but there was not much focus on the tactical part of the game. In Belgium there was much more focus on the tactics. Especially under manager Hein Vanhaezebrouck. “In my time in Belgium, I also became a regular starter with the Nigerian team. When I had made the switch to Turkey I felt that I was much more complete as a football player. Also because I had more faith in my way of playing on the ball, while the focus is more on defending. So it is important in different countries to see what the expectations are in terms of the style of play. When I went to play in Italy for Udinese, you saw that there were high expectations on both ball possession and the defending aspect of football. In that phase of my career, I also had the confidence that I could contribute the same amount of skill defensively, as well as in possession of the ball.”

During his time for the Nigerian national team he had 4 different coaches. Is it possible to say that there is a clear philosophy that describes the Nigerian style of playing? William mentioned that most of the time they played in a 4-3-3 formation where they try to build the attack up from the back and avoid playing long balls to the attackers. He said: “There are not really specific aspects that characterize our way of playing. It looks a lot like the Dutch style of play, but our manager also pays attention to the qualities of the players and the circumstances that we play in. In Africa, you sometimes play on very bad pitches where it is hard to build up from the back. There has also been a period where we played 3-5-2 with players such as Victor Moses who played as a wing-back at their own club. He played on the right side and on the left we also had a player who did that at his own club. As a result, our system was adapted to the players at that time, because it was appropriate in that situation. The trainer is therefore flexible in adapting his playing style to his team. At the moment I am also one of the more experienced players and I am asked to share my opinion, just like he does with other experienced players. He has an ear for what the team has to say.”

“ We also have discussions about how players should position in situations and how high we should play as a defense. During the Africa Cup, I analysed many games with Tactalyse and at the same time my teammate at Nigeria, Wilfred Ndidi (Leicester City) also received videos of his games from the video-analyst of Leicester City. In this way, we discuss what can be improved in certain situations. For example, there are sometimes situations where we discussed the best position to receive the ball. You also notice that with players who play at big clubs that they play with smart automatisms. For example, with Alex Iwobi who got through the youth academy of  Arsenal, you see that he is good at choosing the right spaces to get the ball. He has good discipline in that, as a result of which certain pass lines are open and this makes it easier to play for wingers such as Iwobi. I had never thought about it that way before, but now I see more consciously why players take up certain positions to receive a ball. Watching football in this way is becoming more and more interesting to me. In my younger years I had trouble with this, but now I am starting to see it more and more.”

Knowing your next opponent

To know what the preparation before a game looks like at the national team of Nigeria we asked William Troost-Ekong if there were certain routines that they have to get the team ready for their next opponent. “At the national team, we have a video analyst who, together with the team, structurally looks at aspects of the next opponent. So this is about the formation of the opponent and which of their players have certain qualities. We look at standard things that say something about the entire team. In the last training before a game, we play against the substitutes. They try to mimic the formation and the way of playing of our next opponent.”

Certain skills of the opponent are also highlighted at specific positions via clips. “For example, the video analyst tells me before the game what I can expect from the striker, if he often tries to find space behind the back of the defender or that the midfielder often overlaps the defense. Due to a lack of time, it is not possible for the national team to be intensively involved with individual development. Right before the game, we focus on our own game with an emphasis on how the opponent plays. The coach explains what is expected of us on a tactics board with magnets. The free-kicks and corners are also visually highlighted in the dressing room. Certainly, at an international level you see that the difference is made here. By knowing this it motivates me more and more to develop myself on a detailed level.”